a bowl of beer

teaware you get will tell you a lot. It is made by human hands, it is made by certain intention, it is made with love, passion but can be also made by greed, anger or disinterest. The human touch, the human mark is left in it...

How do you know that a bowl or a teapot is good? You might ask yourself this question several times before making a final purchase of a fancy teaware.

One thing is the look of the desired thing, the feeling you have once spotted it. Other thing is what you heard about similar stuff made by that and that potter.

The point you know that a certain teapot or cup is good or not is only when you start to use it. The thing comes to life. I have experienced this during my recent visit to czech potter Jiri Duchek. I selected teapots to buy. Some teapots I put aside as not interesting.

Then we decided to have tea 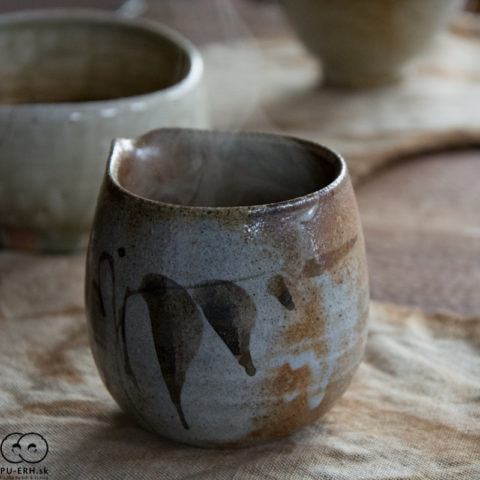 . Jiri suggested to use some of his new teapots. I went to the teapots that I put aside and chose the smallest ones. I started to make tea. The teapot came to life. The relationship was established. The more I used the pot the more I was fond of it. I realized this only the second day when I was preparing already a third tea in the same teapot. Then I thought, oooahh, this teapot is good to use, I like it. Why I was not aware of it?

Good teaware is recognized during its use, it’s the hidden value of it.

That guy has a problem, said the medicine-man to Jiri!

Jiri Duchek likes to collect teaware, either old antique ones or pieces by some of his fellow potters. He told me this story.

During one pottery market Jiri didn’t have a suitable jug for drinking beer. The beer was sold in plastic cups. The nearby stall was selling ceramic bowls by his fellow potter. He got a bowl there. He liked the beer very much out of this bowl and later he kept the bowl even two and he until today uses these bowls for drinking beer.

During one visit of a friend of Jiri, who is a medicine-man, Jiri likes to show this guy his newly acquired ceramic pieces. Jiri was showing the shaman the mentioned bowl. The shaman says “That guy has a problem!” Jiri says, I like to drink beer out of these bowls. The shaman looks straight into the eyes of Jiri and says, he is an alcoholic! Yes, he is, Jiri said the shaman.

The teaware you get will tell you a lot. It is made by human hands, it is made by 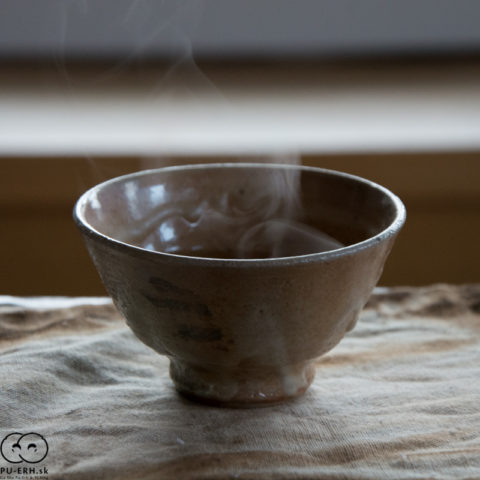 certain intention, it is made with love, passion but can be also made by greed, anger or disinterest. The human touch, the human mark is left in it forever.

This potter “which has a problem” does great stuff. He does it not for living but for his love and passion for creating amazing objects. Jiri is showing me the pieces he collected from him, for about 20 years, each unique, each beautiful.

I am asking Jiri, why this guy does not make such stuff more often. Why? The reason is that this potter uses his natural feeling, a feeling when you le 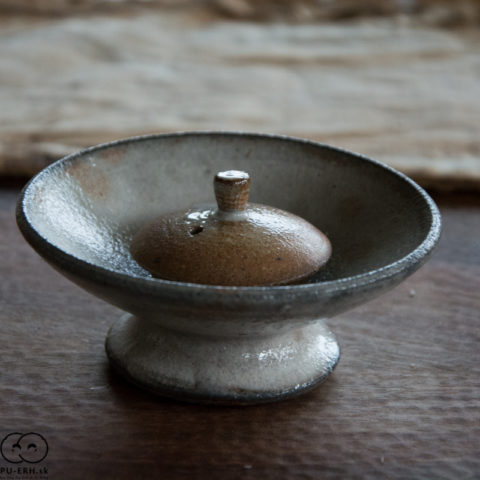 t your hands create things, create things without an influence of a direct, intended thought, planned thought, without straight intention, you let the universe guide your creative spirit, your hands to create stuff, a thing will grow out of them.

The creation of these ceramic vessels will be followed by wood firing in a kiln. Many factors will come into the play, you won’t use the same wood, the exact same temperature, you wont be able to control the flames, the heat, the natural ash glazes and marks, the woodfiring kilns will never produce the same stuff, similar yes, but never the same.